Are there too many games now? 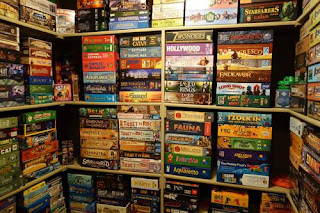 At first blush that sounds a bit silly. How can there be too many games? Choice is great! The more the merrier and all that jazz.

But lately I feel like, at least locally, the game scene is getting fractured to the point where few titles can achieve a critical mass of players - enough to sustain healthy sales for shops and make it easy to find someone to play with.  And the growing popularity of boardgames is adding even more options for people who like to gather around a table with friends and roll some dice.

(full disclosure: I rarely actually get to play anything so this is mostly me waxing philosophical at the moment).

In my area, I think this list captures most of the games that have a following or are trying to get off the ground per se:

This post I found recently on the Privateer forums kinda captures what I'm concerned about: is the game pool diluting the player pool too much, to the point where it's hard to get a thriving community going around a particular game?

One side effect for me personally is I feel like a moth who doesn't know which flame to fly towards lol - I keep starting and stopping armies, with the dream of eventually actually playing a game regularly with some cool people. I just don't know where to focus. I have an Infinity force, a WM force, a 40K force, a burgeoning AoS force...a Dropzone force.....X-wing.....god my bank account hurts.

Anyway, I had to get that off my chest. I actually kinda miss the days when the choices were 40K and Warmachine, and both had really healthy player bases :)