Haven't posted in a while but wanted to share the Resistance force (the start of it, which is the starter box and a Barrel Bomber) for Dropzone Commander. Just put the finishing touches on it today. Really, really like these models. I pretty much stuck to the official color scheme, or close to it. Mines a bit bluer. Also, I'm not a huge fan of painting the tiny troopers (in any game system. just too small for me) so I kinda did those pretty fast. The base is just meant to be "destroyed ashy and dusty concrete urban battleground" looking.

I tried to replicate the interior-lit look of the cockpits that are on the official Lifthawks....I think I did "ok" but not as good as those look. I kinda rushed though and coulda blended them in more.

I'm planning to add a Command tank with another Lifthawk. some Zhukov tanks (4?) and the Cyclone helicopters, among other thing. Also more of the trucks because I like painting them all beat up and rusted looking. Very Mad Max :)

Now I should learn to play this game... 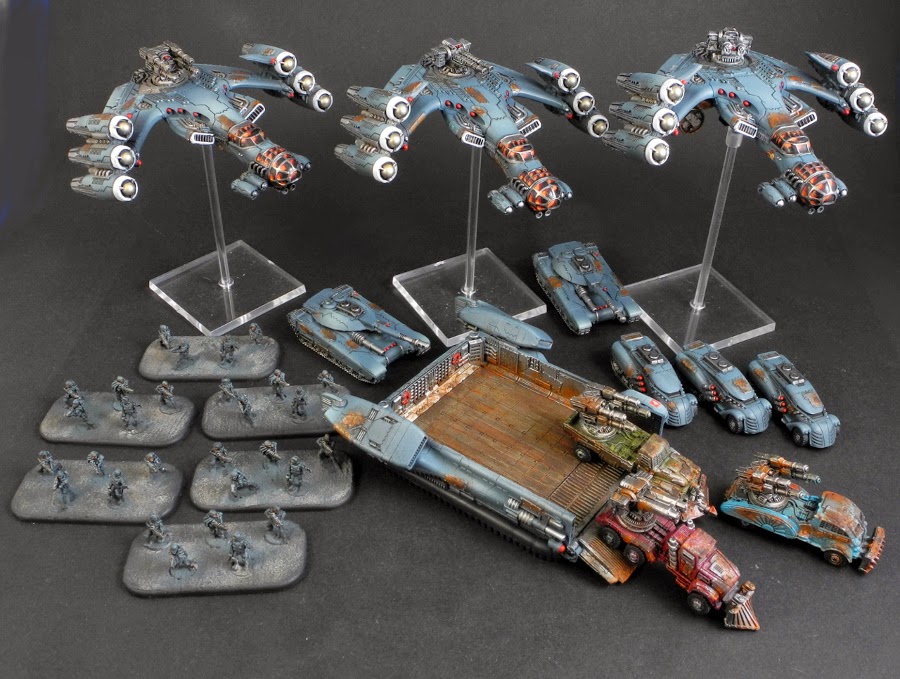