Hey folks, sorry it has been such a long time since last post! I'm starting to think I should start a facebook group instead (I have no idea how much traffic/interest I'm still getting on this blog, given how infrequently I update it :|).

I've been posting less because I was in one of my once-in-a-while painting breaks, playing a lot of video games in my spare time instead of painting, and traveling/working a lot.

In any case, the new Space Wolves stuff has my attention (I'm one of the few people who seem to like that new flier model for example), and since I already had some assembled and lying around I figured I'd actually put some paint on them!

I have a unit of Long Fangs and a unit of Wolf Guard Terminators "mostly done" and some Grey Hunters that are coming along nicely.  Note that I play to get a few units almost done, then do all the final decals, base and details in a batch. 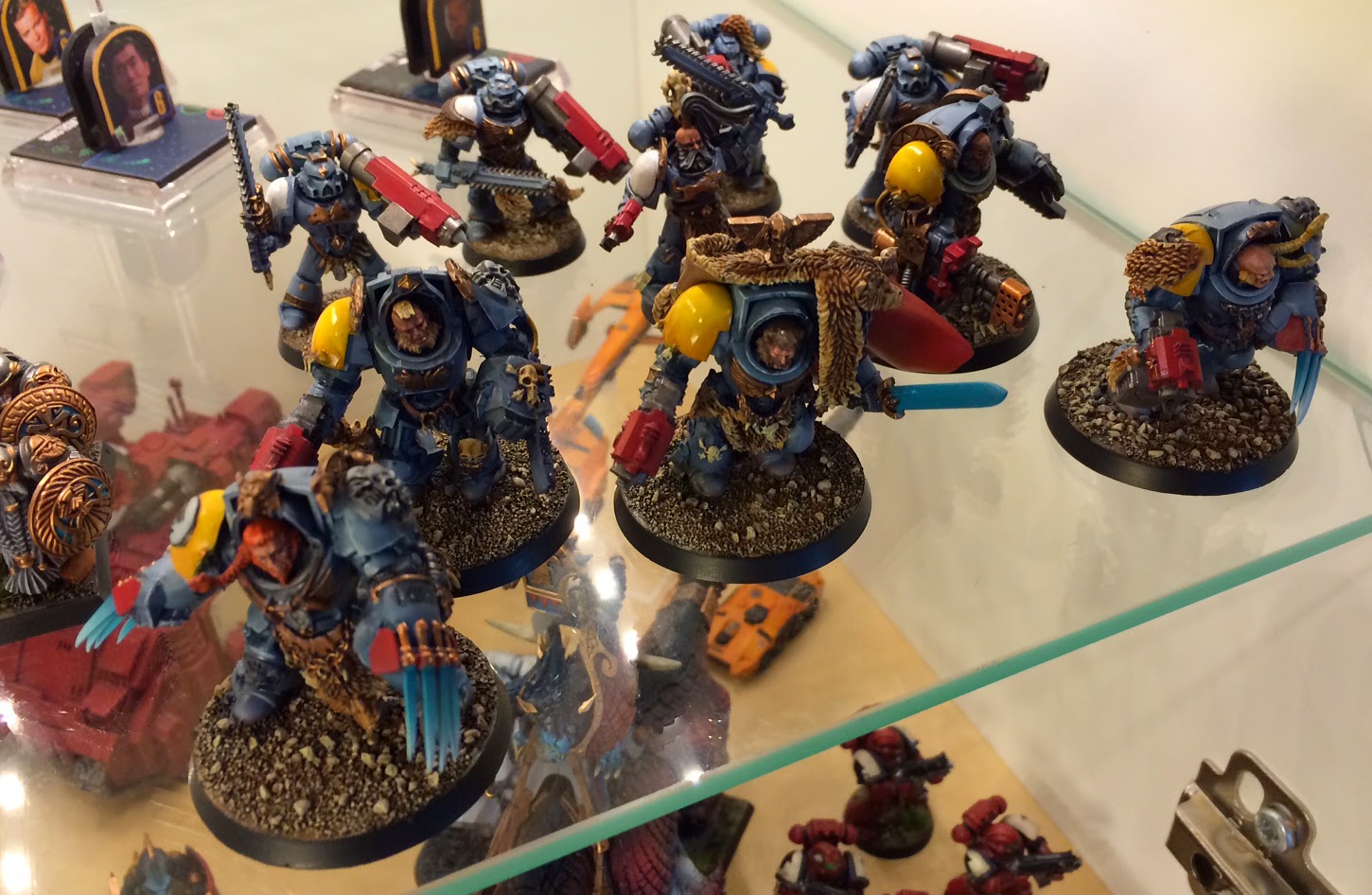