[UPDATE: FINISHED MODEL WITH WEATHERING AT BOTTOM OF POST]

(this isn't even breaking a 7 score on CMON :\  I thought it was better than that!)

Working on a Tau Broadside - note that I somehow managed to forget he kinda HAS to take two drones (is that right? I don't have the codex...). I mostly wanted to just paint the model because I like it. This is pre-weathering - I wanted to capture this before I potentially wreck it, but I think I want to work on trying out some weathering with dust, pigments (you can see I started some of that on the base/feet) and chipping. I'm pretty satisfied with this so far. Maybe weathering will be a mistake :\

I was also trying to achieve a glowing effect on the "eye". Not completely satisfied with that either. Finally, he's not completely done - few details left to do other than the weathering.

I have a Riptide well into progress but in different colors I'm not happy with. Not sure what to do with him.

Last comment: I think I like black/dark backdrops better for my photos...I just wish I could get the white balance more accurate - this is black construction paper. 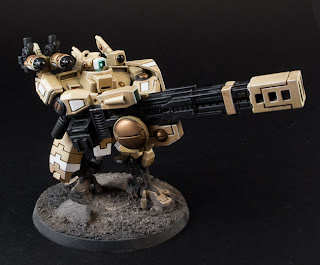 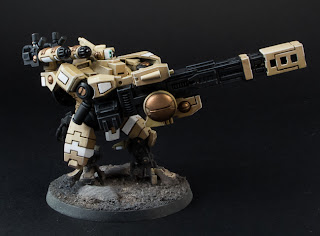 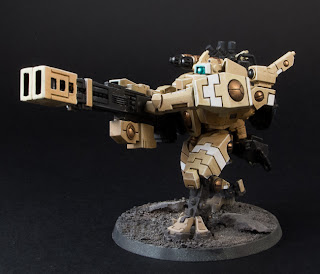 Ok, I decided to weather him after all. Finished suit: 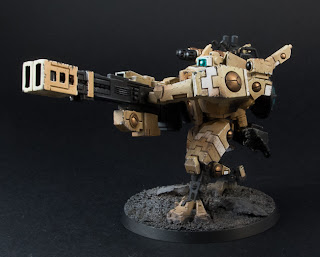 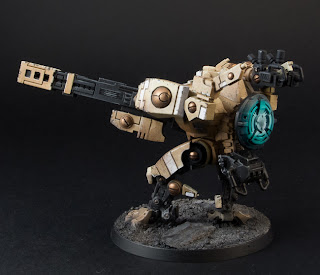 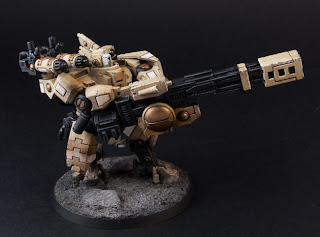 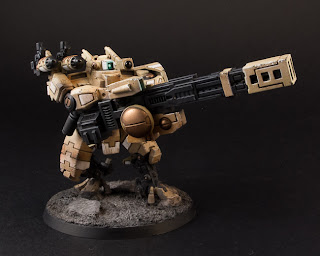